As grilling season officially kicks off, we’re going to wade into yet another area of culinary controversy: barbecue sauce. We realize how attached people can get to a preferred style of barbecue or sauce recipe. Our goal is to educate, offering objective coverage of sauce varieties and a few suggested recipes. If you’ve never explored other regional styles, or if you’ve always chosen a bottle of barbecue sauce off the grocery store shelf, we hope we can encourage you to give something new a whirl.

The Bases of Barbecue

That’s not a typo; different varieties of barbecue sauce are made with four major bases: tomato, vinegar, mustard, and mayonnaise. These bases correspond to the regional styles that are popular in the Carolinas, Alabama, and of course, Kansas City and Memphis. Barbecue is just as much about the meat as it is the sauce, but for the purposes of this post, we’ll focus on the sauce. However, if you’d like to learn more about this style of cooking, where it originated and how it came to the US, this article by Smithsonian Magazine offers an excellent introduction.

When the average American thinks of barbecue, especially one who lives outside the “Barbecue Belt,” they likely imagine the sort of sauce that’s common to Kansas City or Memphis-style barbecue. Both of these tomato-based sauces have a ketchup foundation. 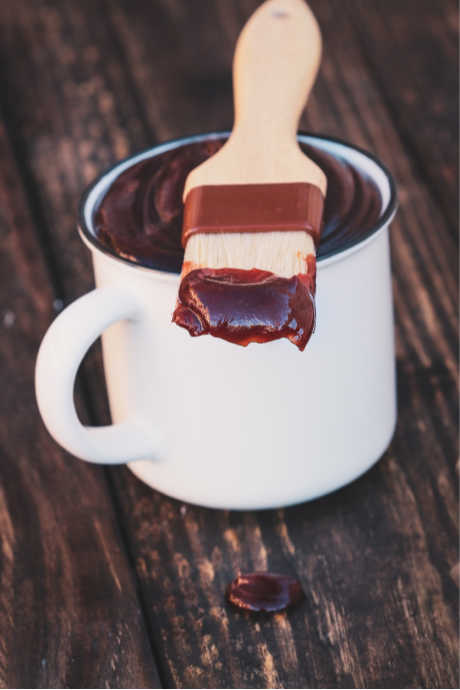 We did some digging to identify the differences between sauces created and served in Kansas City and Memphis. Although we checked out a variety of sources, from barbecue recipe specialty sites to online forums frequented by amateur pitmasters, we couldn’t reach any unanimous conclusions. We did find that Memphis barbecue often entails a dry rub on the meat before cooking, with sauce served on the side for dipping. On the other hand, Kansas City barbecue may be cooked wet or dry. We’ve also read that Memphis barbecue sauce tends to be more spicy, while Kansas City barbecue sauce is on the sweet side. Of course, we wouldn’t be surprised to find contradictory information; barbecue styles have spread and fused over the years, making them less distinct. 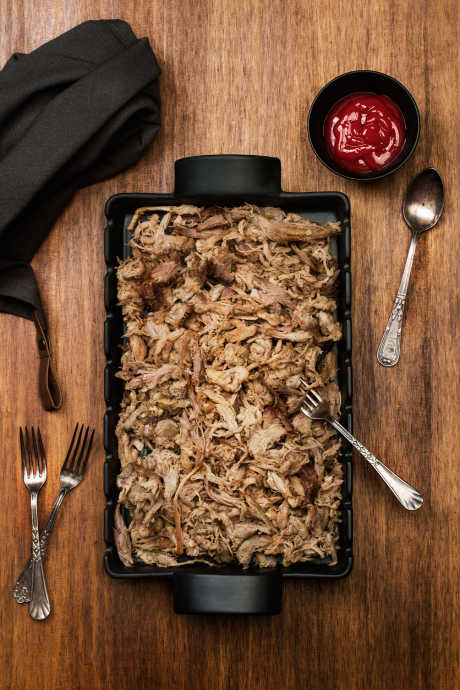 Although meat is not our focus here, another significant difference between eastern and western styles concerns the cut of pork. Eastern Carolina is commonly referred to as “whole hog” while western Carolina barbecue uses pork shoulder only.

South Carolina is known for mustard-based barbecue sauce. Given that we just posted about making homemade mustard, we’re curious to try this style. It’s thin and spicy, similar to eastern and western Carolina’s vinegar-based sauces, with the added heat and kick of mustard.

Finally, we think the most unexpected base for barbecue sauce has to be mayonnaise. This variety hails from Alabama, where it was created and popularized by Robert Gibson of Big Bob Gibson’s B-B-Q. Alabama White Sauce is made from mayonnaise, vinegar, and lemon juice, along with various spices. It’s also most frequently used on chicken. 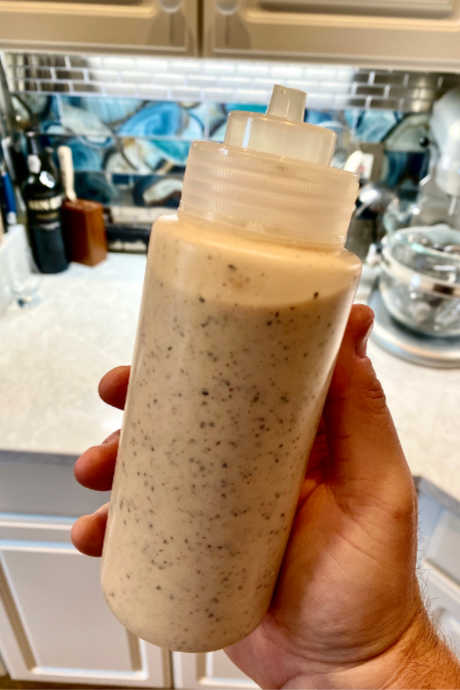 Ready for some hand-picked recipes to try? We’ve selected one recipe of each style mentioned above. That means we’ve got both Kansas City and Memphis-style recipes, along with eastern and western Carolina recipes, plus mustard-based and mayonnaise-based recipes too. Let us know which ones turn out to be your favorites!

Let’s start with this recipe from Food & Wine. It’s got over 5,000 five-star ratings, so we feel confident it will hit the mark. Combine three cups of ketchup with brown sugar, white wine vinegar, tomato paste, yellow mustard, chili powder, onion powder, garlic powder, dried ginger, salt, pepper, and water. Simmer for half an hour, but remember to stir frequently.

Compare the Kansas City sauce to this recipe from Grill Master University for Memphis barbecue sauce. Start with a cup of ketchup, and then add brown sugar, white vinegar, Worcestershire sauce, yellow mustard, onion powder, paprika, cayenne pepper, and salt and pepper. This sauce definitely has some zip. Heat all the ingredients and stir for 10 minutes over medium-low heat. Let the sauce cool, and then reheat it before using.

Recall that eastern Carolina sauce is a vinegar-based sauce that does not contain ketchup. We like this assortment of recipes found on BBQ Beat which vary in complexity. Each one calls for apple cider vinegar, and four of the five include brown sugar, cayenne pepper, and red pepper. All of them will have a thin consistency, and the majority of them will have an intense sweet heat that pairs well with pork.

On the other hand, western Carolina sauce includes ketchup, but not so much ketchup that it thickens the sauce. Check out this recipe from Amazing Ribs. It is quite similar to the eastern Carolina recipes above, with the addition of a quarter-cup of ketchup. Another difference is this recipe calls for distilled vinegar instead of cider vinegar. The author notes they’ve tried both types of vinegar in this recipe, and they prefer distilled in this case. Finally, the ingredients don’t need to be simmered, but they should be allowed to meld for several hours before serving.

Curious about mustard-based barbecue sauce? We are too. This recipe from Hey Grill, Hey looks simple and tasty. Combine a cup of yellow mustard with apple cider vinegar, honey, brown sugar, ketchup, Worcestershire sauce, hot sauce, and salt and pepper. Heat the sauce on medium-low and stir for five minutes. Then allow it to cool before using. We bet this sauce would be delicious using other varieties of mustard too, like Dijon and spicy brown.

Finally, there’s Alabama White Sauce, the most unusual of all these barbecue sauce varieties. This recipe from Bon Appetit is actually adapted from a South Carolina restaurant recipe. Unlike the others, Alabama White Sauce should be kept cold until it’s used, which isn’t surprising considering mayonnaise is the primary ingredient. This sauce also includes apple cider vinegar, Worcestershire sauce, hot chili paste, celery seeds, red pepper, cayenne pepper, and salt and pepper. Whisk all the ingredients together and chill.