Have you tried your hand at making sourdough at home? Have you even grown your own sourdough starter? We explored homemade sourdough in a recent post, and we think it’s a winner. But one challenge we faced was what to do with our sourdough discard. If this sounds familiar to you, you might want to keep reading. We found some great ways to keep your sourdough discard in check, and use it to make other tasty recipes too.

What Is Sourdough Discard?

In our sourdough post, we briefly mentioned the need to discard part of your sourdough starter intermittently as it grows. But what’s the reason for doing so? Think of your starter like a clump of cells (which, in a way, it is). If it doubles in size each day, you’ll have much more starter than you need to bake bread in a home kitchen. Plus, the larger your starter grows, the more flour and water you must “feed” it. 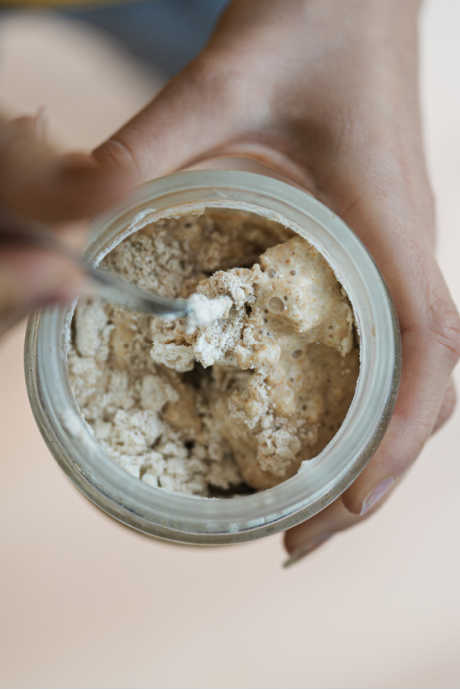 Therefore, you carve away part of your starter each time you add flour and water. The discard is perfectly fine to use -- either as a starter for someone else, or in a recipe that calls for flour and water. That’s why many bakers prefer not to throw it away. Serious Eats notes it’s better not to repurpose sourdough discard from the early feedings, as your starter is still developing flavor. Also, wait to share your discard as a starter for a friend, for the same reason.

How to Minimize Sourdough Discard

It makes sense that if you’ll have to discard part of your starter regularly, you might want to minimize how frequently and how much you’ll have to discard. Food Network advises keeping your sourdough starter in the refrigerator, which slows down fermentation -- consumption of sugar by yeast -- and intensifies flavor. We’ve talked before about refrigerating dough when making pizza crust, bagels, and pretzels. With sourdough, the benefits are doubled: More flavor, and less growth (meaning less discard). 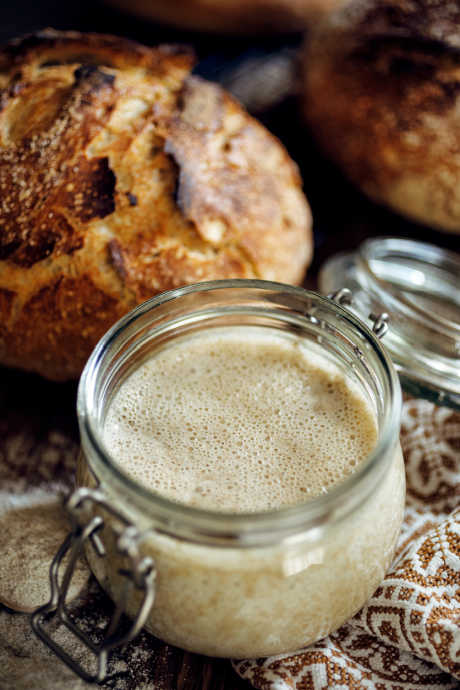 Baker Bettie handles her sourdough discard in an organized way. She keeps both her starter and her discard in the refrigerator, in separate containers. She only feeds the starter, not the discard. Then she has discard on hand whenever she wants to bake with it.

However, because you won’t feed the discard -- you won’t add flour and water to it -- eventually it will die. That is, the yeast will run out of sugar to eat. That’s why it’s good to have some sourdough discard recipes on hand.

How to Bake With Sourdough Discard

Before we dive into sourdough discard recipes, let’s talk about why baking with discard makes sense. Apart from the yeast in it, discard is essentially flour and water. That’s why it can be used safely and easily in a variety of recipes. Food Network explains how to substitute sourdough discard for flour and liquid:

Of course, baking can be a tricky business, so we agree with Baker Bettie’s suggestion to start with low-risk recipes such as pancakes and waffles, muffins and quick breads. These sorts of baking projects are more forgiving of ingredient substitutions, and they can be a good way to hone your skill at baking with sourdough discard.

Want to stick with tried-and-true recipes instead? We’ve got you covered.

A great place to start is this recipe from Bon Appetit for crackers. Not only is it impressive to serve homemade crackers, they’re also pretty foolproof. The texture is crisp and crunchy, and the flavor has the tang of sourdough. Try them with cheese, or with the sorts of dips you’d serve with pita chips. 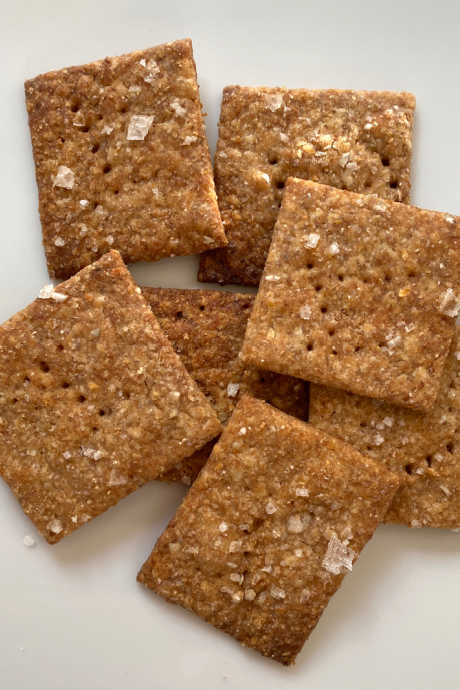 Three of our favorite resources offer a full compendium of sourdough discard recipes: The Spruce Eats, Serious Eats, and King Arthur Baking. We browsed their recipes and made this list to whet your appetite. From sweet to savory and breakfast to dinner, we hope these recipes will put your discard to delicious use!