Stovetop pressure cookers became commonplace in home kitchens starting in the 1930’s. While design improvements have been made over the decades, the basic concept remains the same. 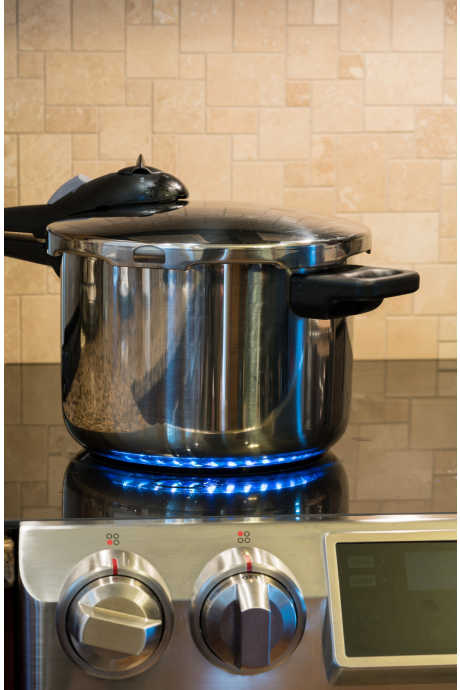 But what does that have to do with cooking? When liquid is heated, steam is created. Steam collects inside the sealed cooking vessel, which increases the pressure. That pressure increase raises the boiling point of the liquid, and the food inside the cooking vessel reaches a higher temperature than under normal pressure conditions. The higher temperature speeds up the chemical reactions of cooking, and the higher boiling point of water prevents evaporation of liquid.

Pressure cookers have had a reputation for bursting open, causing kitchen disasters and even injuries. But newer models include multiple safety features to help ensure smooth operation. Lids must be securely locked in place or pressure won’t increase. Conversely, pressure must dissipate before lids can be opened. Finally, spring-loaded valves regulate the pressure inside stovetop cookers, preventing it from reaching dangerous levels. While older pressure cookers also had pressure release valves, they were less precise in their operation. 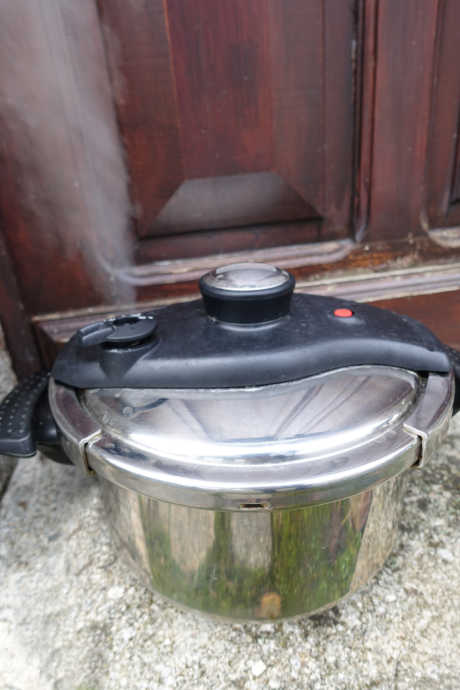 Even with all the built-in safety features of modern pressure cookers, it’s still important to take a few precautions of your own:

Why Use a Stovetop Pressure Cooker

Pressure cookers are especially well-suited to cooking cuts of beef that require wet heat, such as roasts and brisket. However, because the liquid doesn’t evaporate, you’ll need to reduce it after cooking by simmering the contents uncovered before serving.

Ready to give a stovetop pressure cooker a chance? Check out our selection from Zavor.