Football season is well under way, and even though we aren’t tailgating or hosting watch parties this year, we’re still whipping up football snacks. One traditional ingredient that’s gotten a bad rap over the years is Velveeta. While it’s not the only processed cheese out there, it’s practically synonymous with football snacks. We decided to investigate the origins of Velveeta, find out what’s exactly in “processed cheese,” and search for delicious ways to use this ooey, gooey, cheesy goodness. Our discoveries might help you feel better about an occasional indulgence.

What Is Velveeta, and Where Did It Come From?

As unnatural as Velveeta may seem, its backstory might be reassuringly normal. An early 20th century cheese company sought to reduce wasted cheese. They found that scraps of cheese could be melted with whey to produce thick, creamy results that had a “velvety consistency.”

Velveeta’s creator, the Monroe Cheese Company, was bought by Kraft in 1927. Kraft started marketing Velveeta as a melting cheese for sauces and dips in the 1950s, at the same time they introduced processed cheese slices for topping sandwiches and eating as snacks.

According to the FDA, Velveeta isn’t real cheese because of all the other ingredients that are added to it. Whey protein and milk protein comprise Velveeta, along with salt and other preservatives, plus food dye for that unmistakable color. Therefore, while Velveeta may be cheesy, it’s most definitely not cheese.

Velveeta: The Pros and the Cons

Bon Appetit asks the key question: Why mess with the perfection that is cheese? One big reason is how easily Velveeta melts, whether you’re using it in a dip or a sauce, on a sandwich or in a casserole. Not only does it melt, but it stays liquid and creamy. Real cheese melts, but it also separates into clumps and forms pools of oil.

But an even bigger reason for the success of Velveeta is how shelf-stable it is. All of the salt and preservatives, along with other artificial ingredients, mean Velveeta doesn’t need to be refrigerated, and it doesn’t spoil. 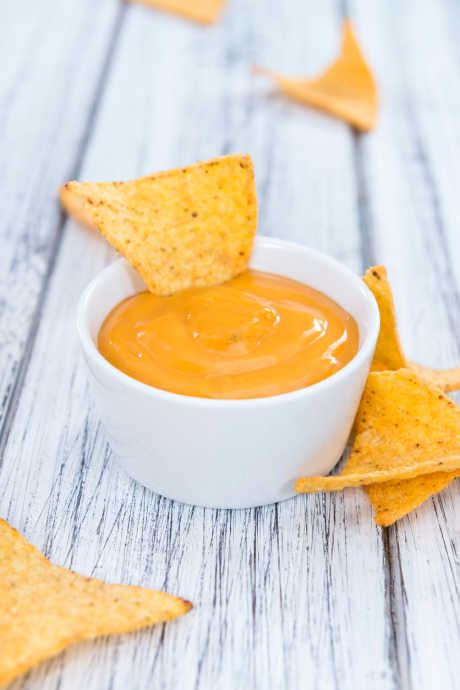 Do all of those non-cheese ingredients mean you should avoid Velveeta? Not necessarily. Although 50 years ago, Velveeta was marketed as healthy because of the whey it contained, and the American Medical Association even claimed Velveeta produced “firm flesh,” we know it’s not on par with leafy greens or fresh fruit. But it’s no worse than other processed foods in our pantries, refrigerators, and freezers.

That said, both we and Bon Appetit agree that while Velveeta has its place, so does real cheese. From hard cheeses like cheddar and Parmesan to soft cheeses like gorgonzola and mozzarella, there’s just no substitute. Nobody wants to find a chunk of Velveeta on an elegant cheese board. But Velveeta is perfectly at home when it’s football season, especially in these recipes we collected.

If you were already familiar with Velveeta prior to reading this post, we’ll bet it was in the form of either queso dip or pasta with cheese sauce. Delish covers these classics in detail, both of which date back to the 1970s. Grab a box of Velveeta Shells and Cheese from the grocery store shelf if you’re in the mood for pasta. But if it’s game time, melt Velveeta on the stovetop and add a can of RO*TEL. What’s RO*TEL? Diced tomatoes and green chiles. RO*TEL and Velveeta go together like peanut butter and jelly. 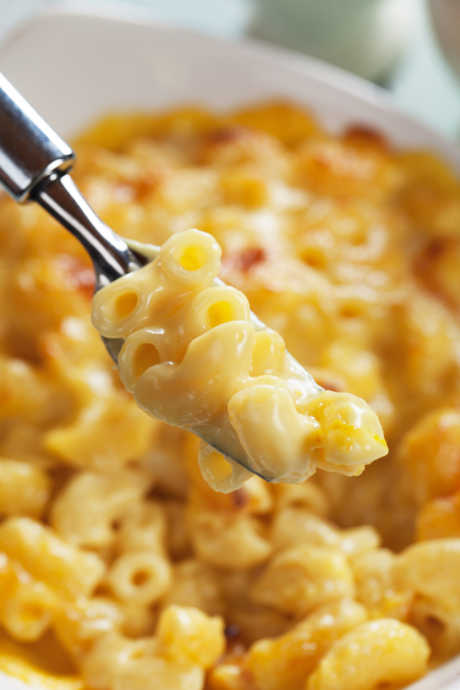 If you’d like to try something different with Velveeta, there’s no shortage of options out there. From simple dip options to main dish recipes, we’ve got you covered in processed cheese.

This recipe comes from a Manhattan restaurant, via Food & Wine. We’re not sure if that adds to its Tex-Mex credibility, or detracts from it. Nevertheless, if you want to make foodie-approved queso dip that’s got all the good qualities of Velveeta, look no further. Food & Wine even lists all the reasons Velveeta makes superior queso, such as texture and viscosity, salt and umami, and thickness without grittiness.

In short, you’ll start by making a batch of pico de gallo. Then saute jalapenos and onion in butter, and season with salt and cumin. Meanwhile, melt Velveeta with whole milk. Stir the jalapenos and onion into the cheese, remove it from the heat, and stir in the pico. We’d love to conduct a taste test, putting this recipe alongside Velveeta and RO*TEL. Any guesses on which one you’d personally prefer?

Another fairly serious foodie website we love, Serious Eats, compiled over a dozen dip recipes that combine Velveeta with different mix-ins. We’d encourage you to check out their full list, but here are the ones that stood out to us, both in terms of flavor and simplicity. 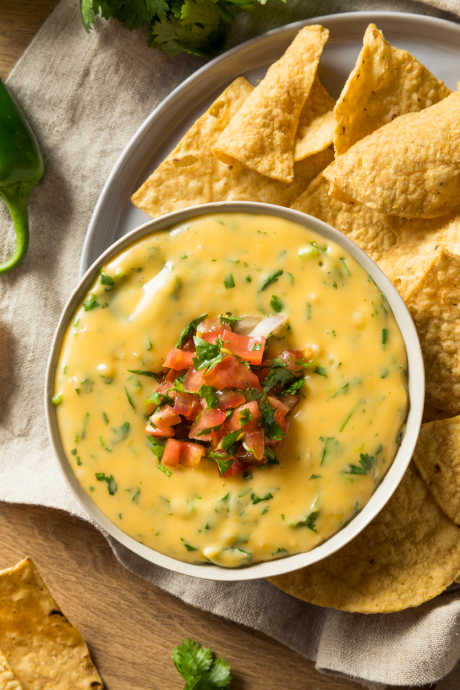 Finally, thanks to Southern Living, we found some great ways to use Velveeta in main dish recipes. We’ve highlighted three standouts below, but check out the full array of options on their site.