When cake is too labor-intensive and cookies don’t seem impressive enough, make brownies. They’re easier than they look, and they’ll satisfy any chocolate-lover’s craving. We gathered a few simple tips and tricks to help improve nearly any brownie recipe. And if you don’t already have a go-to brownie recipe you love, we have some recommendations to share too.

Did you even realize there were two different ways to make brownies? This Kitchen Conundrums video illustrates the difference in ingredients between fudgy brownies and cakey brownies:

Speaking of cocoa powder and chocolate, which one is the better option for brownies? If you’re going for cakey brownies, cocoa powder is optimal. If you want to use cocoa powder to make fudgy brownies, you’ll need to adjust the amount of butter and flour. Otherwise, your brownies may turn out dry instead of moist and rich. Don’t try to substitute cocoa powder for chocolate without following a tried-and-true recipe.

In our research, we found most bakers preferred using both chocolate and cocoa powder in their brownies. While natural cocoa powder works fine, Dutch process is a better option. It’s less acidic, and it has a deeper flavor. We’ve also written before about how espresso powder adds to the chocolatey flavor in brownies and cakes. We recommend against using chocolate chips, which include stabilizers to help them retain their shape. Look for real chocolate, not chocolate coating (which is often found in the baking aisle alongside baking chocolate and chocolate chips). 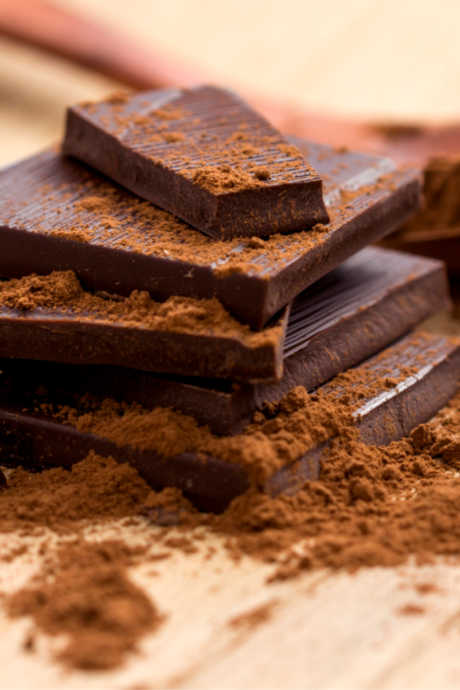 Beat It: Eggs and Sugar

We love the simplicity of one-bowl brownie recipes, but if you want to make truly outstanding brownies, you’ll need to get out your stand mixer. Use the whisk attachment to beat the eggs and sugar for several minutes -- anywhere from three to 10 minutes -- until the sugar has dissolved. You’ll know they’re done when the mixture falls off the whisk attachment in long, thick ribbons. 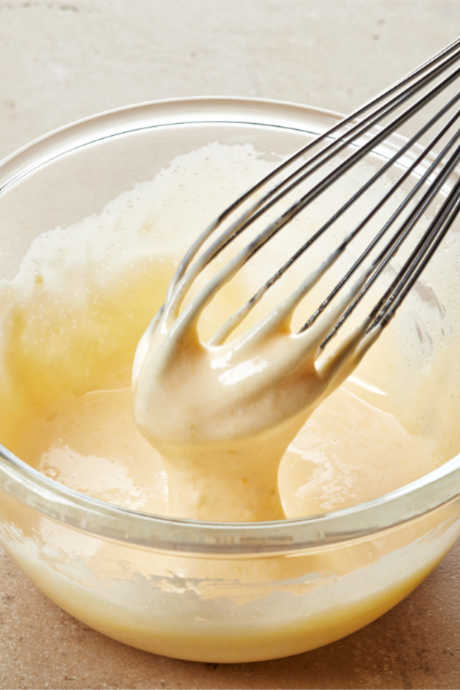 This process dissolves the sugar before baking, so the inside of your brownies is soft and creamy, and the top has a shiny, thin crust. It also aerates the eggs to give your brownies more height, without using leaveners. But you’ll need to treat this mixture gently when incorporating the rest of the ingredients: chocolate, butter, and flour. Sift the dry ingredients first so they mix quickly and easily. Then fold everything together with a light touch to avoid deflating the eggs.

Beat It, Part 2: Whacking or Rapping

The other secret to scrumptious brownies is one we’d never heard before. But we saw it mentioned multiple times as we explored brownie tips and tricks. Halfway through the baking time, take your pan out of the oven and tap it on a hard surface. Then put the pan back in the oven to finish baking.

The reason for this step is to even out the texture of your brownies while the batter is still viscous. It also makes them more dense and fudgy by pushing out any remaining air in the batter. Plus, if you like to top your sweet baked goods with sea salt, this is a great time to do it.

Sources disagree on how to determine whether brownies are done. Some use the toothpick test, while others insist toothpicks are useless with brownies. Our best advice is to calibrate your oven temperature and bake for exactly the amount of time specified in the recipe. You can also hedge your bets by rotating your baking pan halfway through (right after you rap it on the counter) as ovens often have hot spots and bake unevenly.

When in doubt, pull your brownies out of the oven. Overbaked brownies are dry and hard, no matter how much effort you put into mixing and folding carefully.

We know it’s torture to let a pan of warm brownies sit on your counter, but please allow them to cool before slicing them. Most brownie recipes call for lining the pan with a parchment or aluminum foil sling. This step allows you to easily remove your brownies from the pan to cool on a rack. 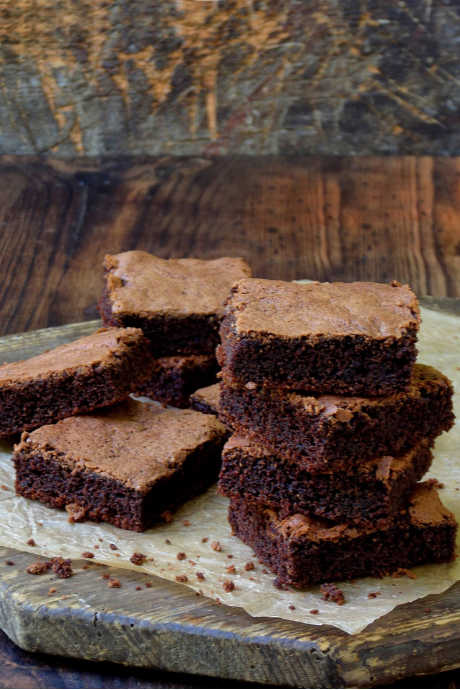 The earlier video from Kitchen Conundrums shows how simple it is to pop cooled brownies from a properly-lined pan. Then use a carving or slicing knife with a thin blade to slice them. Wipe the blade in between cuts to keep all the slices neat and tidy.

The recipes from Tasty, Sally’s Baking Addiction, and Handle the Heat all come highly recommended. But we especially enjoyed this taste-test piece on The Kitchn, where they compared four brownie recipes from well-known chefs: the Pioneer Woman, Ina Garten, Martha Stewart, and Alton Brown.

Three out of the four recipes got the approval of The Kitchn, but it was Alton Brown’s recipe that came out on top. His recipe is simple and straightforward, and we were surprised to find that he uses natural cocoa powder, not Dutch process. We haven’t yet conducted our own brownie taste test, but we’ll definitely give his recipe a try, along with the other three recommendations above.