One of our favorite summer cocktails is a Moscow Mule. With the recent resurgence of this classic, we decided to dig into the details behind it and find some fun ways to mix it up. Summer’s not over yet; chill your copper mugs and crush some ice. Let’s make some cocktails together!

History of the Moscow Mule

While it may seem as if the Moscow Mule is a modern cocktail, it actually dates back to the 1940’s. We read quite a few stories of how the Moscow Mule came to be. While there are some discrepancies and omissions among them, the consensus appears to be this drink originated at the Cock ‘n Bull pub on the Sunset Strip in Hollywood. 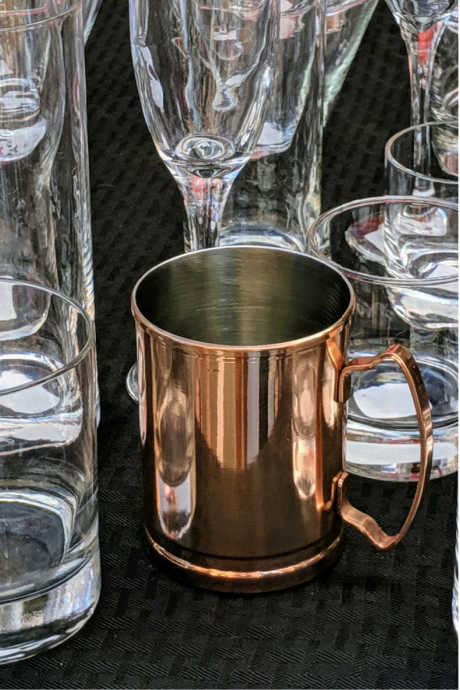 As the story goes, a Russian immigrant named Sophie Berezinski had 2,000 copper mugs she’d brought to the US from her native country. She’d been having trouble finding a buyer for her wares. Meanwhile, John Martin was having similar difficulty as the new owner of the Smirnoff Vodka distillery. Americans weren’t familiar with vodka and preferred to drink whisky or beer. Finally, Jack Morgan -- owner of the Cock ‘n Bull pub -- was trying to launch his homemade ginger beer. These three discovered how well their respective products went together when they created the Moscow Mule.

How to Make a Classic Moscow Mule

We’ve often said how important it is to use high quality ingredients, especially when there are only a few ingredients in a recipe. The Moscow Mule is no exception. You may have to try a few different varieties of ginger beer to find your favorite, or you may already have one you love. The same is true for vodka, but we recommend choosing a top shelf brand. Finally, the third key ingredient in a Moscow Mule is lime juice. Squeeze it fresh; don’t take a shortcut with bottled lime juice. 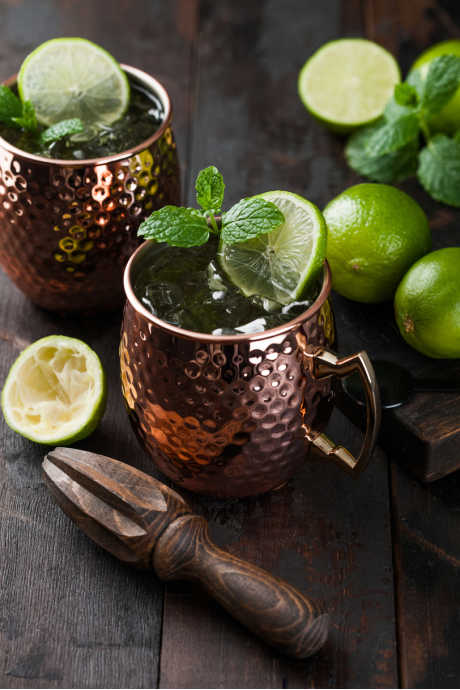 While crushed ice is the classic way to chill a Moscow Mule, we’re excited to try these ginger ice cubes from Food Network in our next batch of cocktails. Simply add lime zest and slices of ginger to water in your ice cube trays, and set aside the cubes for Moscow Mules. As they melt, they’ll infuse your drinks with even more flavor, instead of watering them down.

Ready to mix up a Moscow Mule? For each serving, you’ll need two ounces of vodka, one-half ounce of fresh lime juice, four ounces of ginger beer, and plenty of ice. Stir all the ingredients together, and garnish with a sprig of mint or a lime wedge, or both. Serve in a copper mug for authenticity, though a standard cocktail glass will do.

If you love the classic Moscow Mule, summer is the perfect time to mix up a bunch of different variations. Start with these ideas from Advanced Mixology that incorporate summer fruits like strawberries, watermelon, blueberries, and peaches. You can muddle most of these fruits with lime juice before adding vodka and ginger beer. Do the same with jalapeño slices for a hot and spicy Moscow Mule. 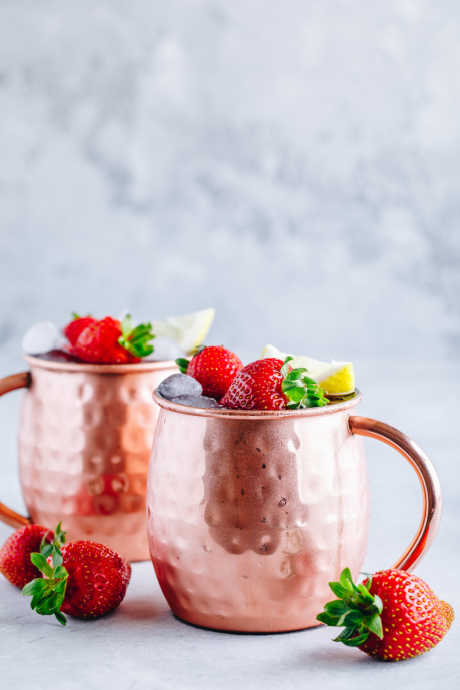 But there are also other, more involved ways to incorporate fruit into your Moscow Mule. For a Moscow Blue, add one ounce of blueberry shrub. Make the shrub -- an acidic mixer often used in cocktails -- by combining water, apple cider vinegar, blueberries, and honey or simple syrup. Liquefy in a blender, and then allow it to rest in the refrigerator for a day or two. Strain out the solids, and use the shrub in a Moscow Blue or other cocktails.

You can also make a Georgia Mule with ginger-peach puree. Get out the blender again, and liquefy peaches, peeled fresh ginger, fresh lemon juice, water, and honey. Strain out the solids, and add one ounce of puree to a Moscow Mule.

Try other seasonal fruits during the rest of the year, or use different liquors in place of vodka. On Gimme Some Oven, there’s a whole list of substitutions you can try. Bourbon makes a Kentucky Mule, Irish whiskey makes an Irish Mule, Scotch whiskey makes a Scottish Mule, tequila makes a Mexican Mule, mezcal makes an Oaxacan Mule, and gin makes a Gin Gin Mule. Nearly every spirit in your stock of liquor can be at home in a copper mug.

Want even more ideas? This exhaustive list from Platings and Pairings will take you through the rest of this summer and into next year. Cheers!