If you’re accustomed to following the recipe on a canister of cornmeal, or even tearing open a box of corn muffin mix, you might not realize what a long and storied history cornbread has. You also might not realize how cornbread differs based on region. In fact, people can have some definite ideas about what belongs in cornbread and what doesn’t. In this post, we’ll cover how cornbread was traditionally made in the South, and then contrast that with Northern cornbread. We’ll also include a recipe for each style of cornbread, along with some ideas for spicing it up.

One key reason cornbread has always been a Southern staple is the predominance of corn among Southern crops. Wheat and rye didn’t store well in the heat and humidity of the South. Although the South is known for its biscuits, they were a rarity in earlier centuries. Instead, cornbread was the daily bread of the South.

According to Serious Eats, cornbread began as corn pone: cornmeal, water, and a dash of salt. Masterclass notes that corn pone is distinguished from cornbread by the omission of eggs and milk. Both sources confirm that corn pone is cooked in a cast iron skillet, which is also the traditional cooking vessel for Southern cornbread. 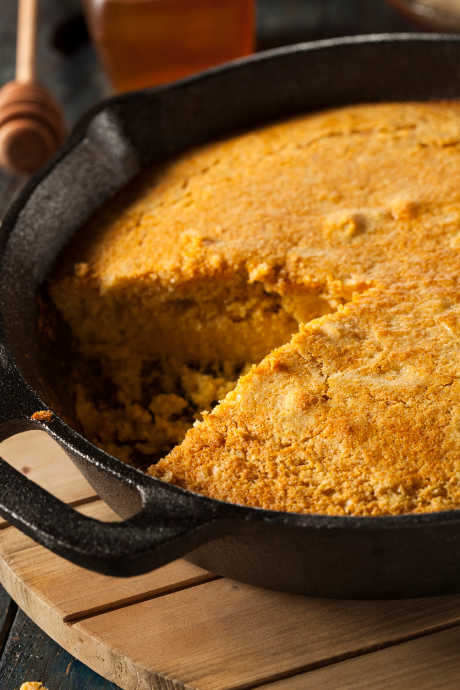 Cornbread came about as more ingredients were added to the basic corn pone recipe: buttermilk, eggs, and a leavener such as baking soda or baking powder (or both). However, modern cornbread recipes, even in the South, now include wheat flour and sugar. This change wasn’t driven by wider availability of sugar and flour, but by changes in how corn was grown, dried, and milled. Serious Eats offers a detailed analysis of the evolution of cornmeal, but the key differences were in the size and taste of the cornmeal. Sugar and flour were added to accommodate these changes.

Even with the addition of flour and sugar, today’s Southern cornbread doesn’t taste the same as the original versions. To get that old-fashioned taste, Serious Eats insists on using stone-ground cornmeal and eliminating sugar and flour entirely. However, because those changes in milling corn took place in the late 1800s and early 1900s, most of the cornbread recipes passed down through families use finely-ground cornmeal. That means even your great-grandmother’s recipe probably differs from the way cornbread was cooked in colonial times. 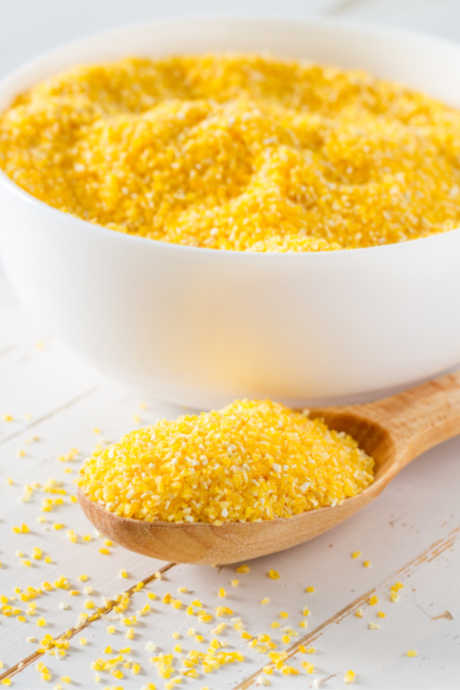 In fact, Southern Living magazine polled their staff and readers on adding sugar to cornbread, and there is no last word. Southerners still differ widely in their opinions. Feedback ranged from no sugar to a little sugar to a lot of sugar. Some Southern cooks even swap applesauce for butter or oil, which seems out of character for the South. But rest assured one factor remains constant in the South: Whether you’re making corn pone or cornbread, it must be cooked in a screaming hot cast iron skillet.

We explored lots of Southern cornbread recipes, and while we were tempted to include one from Southern Living, we opted for the Serious Eats recipe. We chose this one because it’s the closest approximation of colonial-era Southern cornbread we’d seen, as opposed to Depression-era cornbread made with sugar and flour. If you use one of the stone-ground varieties of cornmeal, you can omit the sugar. But if you use the more common finely-ground cornmeal, adding sugar will help attain the flavor of stone-ground cornmeal. Also, be sure to have plenty of butter and buttermilk on hand, along with eggs, baking soda, baking powder, and salt. Finally, don’t forget your cast iron skillet. 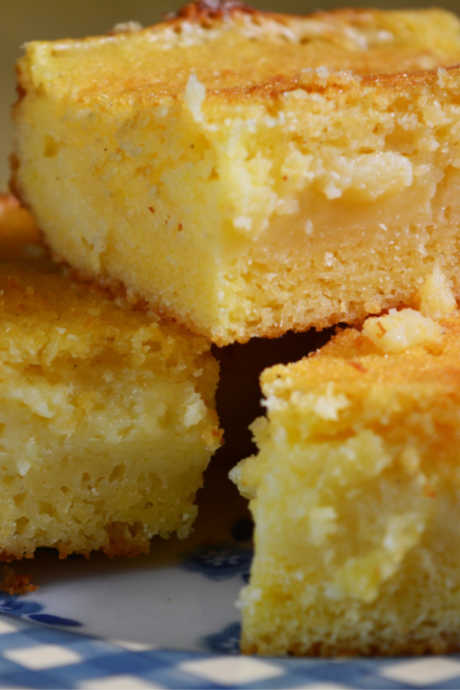 If you’d like to try your hand at Northern cornbread, we recommend this recipe from Yankee Magazine. It doesn’t get any more Northern than that. It calls for a 3:2 ratio of flour to cornmeal, along with a quarter-cup of sugar and a cup and a half of milk. You’ll also need baking powder, salt, eggs, and three tablespoons of butter.

Perhaps you haven’t taken sides in the war between the cornbreads. You might not even understand what all the fuss is about, because cornbread tastes kind of bland to you. We have good news: There are all sorts of delicious ways to add zip to your cornbread, whether you choose the Southern or Northern variety.

We checked out quite a few recipes that incorporated add-ins, but we really liked this one from King Arthur Flour. It’s billed as a compromise between the two sides, though we found it was more similar to Northern cornbread than Southern. The ratio of flour to cornbread is nearly 2:1, and it also calls for a quarter-cup of sugar, along with milk instead of buttermilk.

King Arthur Flour offers some ideas on what you might try mixing into your cornbread. They recommend limiting your extra ingredients to one cup total. You can combine corn and green onions, jalapeno peppers and cheese, bacon and chives, or even try some sweeter ingredients like dried fruit and nuts.

Whether you make Northern cornbread or Southern cornbread, in a cast iron skillet or a baking dish, with sweet or savory add-ins or simply plain, we hope it will have a place at your Thanksgiving table this year!