French toast may be one of the first foods we learn to cook, often as children. It’s easy enough to whisk milk and eggs together, dip sandwich bread in the mixture, and cook it in a skillet until it’s golden brown. Is pain perdu just a fancy French name for French toast, or is there a difference between these two sweet bread-based dishes? We'll  explore the specifics of pain perdu and how it compares to French toast, along with three ways to make this delicious breakfast treat.

What Is Pain Perdu?

Translated from French, pain perdu means “lost bread.” Pain perdu came about as a means of turning stale bread into a dish worth eating. It prevented bread from being wasted (or “lost”) and turned thrift into a treat. While the name pain perdu is clearly French, similar dishes are found all over Europe, called by different names: “torrijas” in Spain, “rabanadas” in Portugal, and “poor knight of Windsor” in Great Britain. Pain perdu is also a staple in New Orleans, where it’s dusted with powdered sugar before serving. 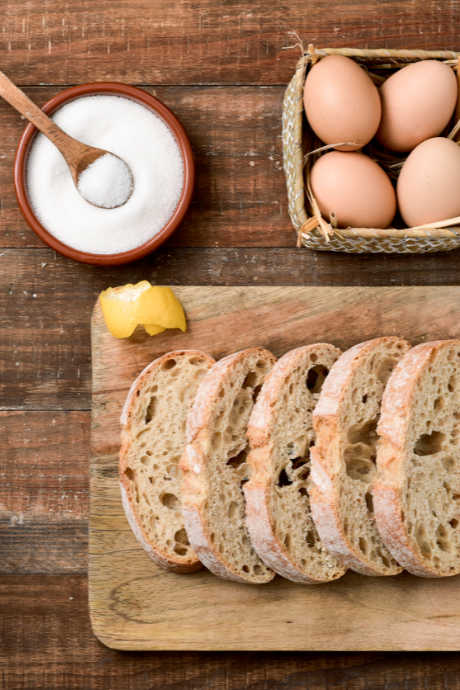 As we’ve discovered with so many recipes that different countries and cultures have made their own, there aren’t many hard and fast rules where it comes to pain perdu. Yes, it’s made with French bread and custard, but many of the details are open to interpretation and personal taste. We found three different ways of making pain perdu that all sound delicious. Check them out to see which one appeals to you most of all.

This recipe from Martha Stewart takes longer to prepare than most French toast recipes, but it’s mostly hands-off. Combine milk, eggs, egg yolks, sugar, cream, a vanilla bean, and liqueur. Then soak slices of brioche in the mixture long enough for them to fully absorb the liquid. Transfer the bread to a baking dish and pop it in the oven for an hour. The baking time offers a great opportunity to prepare the rest of the meal, or some accompaniments like fresh fruit and whipped cream.

This recipe from Food & Wine doesn’t take as long to cook, but it’s definitely more hands-on than the first recipe. The soaking mixture includes milk, eggs, sugar, vanilla, and a dash of salt. Surprisingly, this recipe doesn’t call for cream. We would probably substitute cream for one-third to one-half of the milk, to get the richness of the cream that separates pain perdu from French toast. 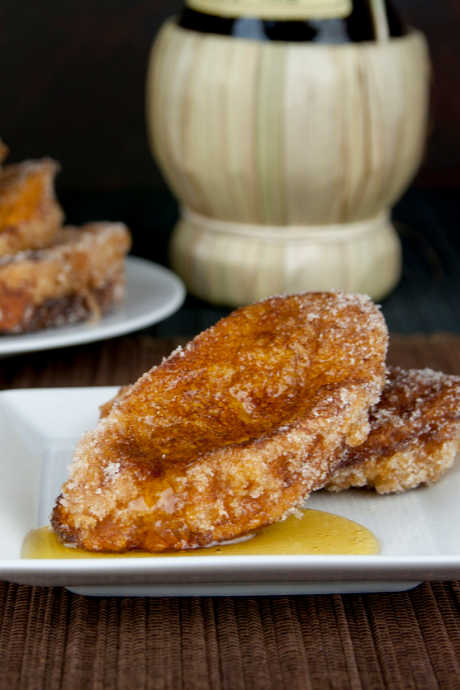 After soaking the bread, you’ll dip one side of it in chopped almonds. We love this crunchy addition to pain perdu. Then just add the soaked, nut-covered slices to a hot skillet with melted butter and cook until they’re golden brown. This recipe also includes fresh strawberries, briefly macerated with lime zest, lime juice and sugar. We want to give those a try too.

Finally, this recipe from No Recipes is the most labor-intensive and time-consuming of the three, but it also looks like it will be out of this world. It calls for soaking the bread in custard for over 24 hours, plus time on the stove and in the oven in a cast iron pan. Save this recipe for a special occasion, like Mother’s Day.

The custard mixture includes eggs, milk, cream, sugar, vanilla extract, and liqueur. You can use brandy, or try other flavors to complement toppings and garnishes. We’re thinking about how good Chambord would taste, with fresh blackberries on top of the finished dish. Place the slices of bread in a large baking dish and pour the mixture on top to soak them. Cover and refrigerate the dish, and turn each slice of bread over at least twice to ensure the custard is absorbed.

When you’re ready to cook, mix flour and sugar together and lightly sprinkle it on one side of each soaked bread slice. The flour and sugar act like breading and will make the outside of your pain perdu crisp, while the inside is gooey and custardy. Put all the bread into a hot cast iron pan on the stovetop, flour and sugar side down. Sprinkle the other side with the rest of the flour and sugar, and get ready to flip all the slices before putting the entire pan in the oven. Your pan of pain perdu should only take a few minutes in the oven to brown and crisp.