Crabs are a summer classic on both coasts. From Dungeness crabs on the west coast to blue crabs on the east coast and along the Gulf of Mexico, these crustaceans may look creepy, but they certainly taste delicious.

Whether you live near the sea or in a landlocked state like us, you can get fresh live crabs — for a price, of course. Keep reading to learn more about varieties of crabs and ways to prepare them at home.

A wide range of edible crabs are available, including stone crab claws, snow crabs, and king crabs. The two most well-known types that you’re likely to prepare at home are Dungeness and blue crabs. Dungeness crabs are named after a town in Washington state, and they’re found in the Pacific Ocean from Alaska to central California. The Dungeness crab harvest starts in November and can extend into the following summer. Dungeness crabs are especially meaty. 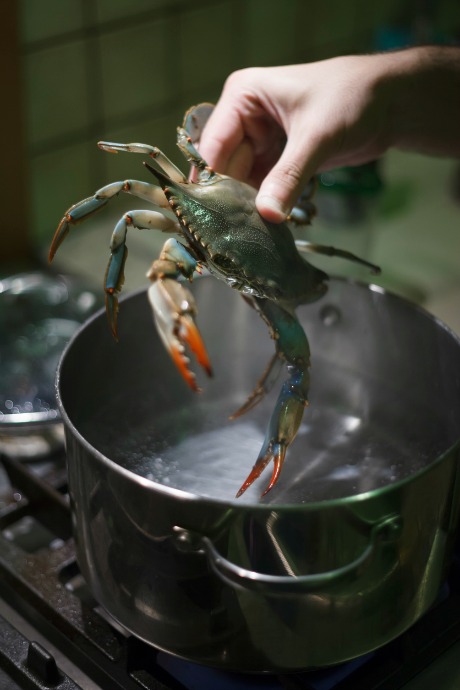 The Chesapeake Bay in Maryland is known for blue crabs. They’re called blue crabs because of the bright blue markings on their shells. Blue crabs are found in both the Atlantic Ocean and the Gulf of Mexico, from Maine to Florida. Blue crab season runs from April through late November, which perfectly complements Dungeness crab season. Their taste is on the sweet side.

It should go without saying that if you’re buying live crabs, they should still be alive. Not only that, look for live crabs that have plenty of energy. Be sure they don’t smell like ammonia either. If you discover a dead crab in your batch, toss it. 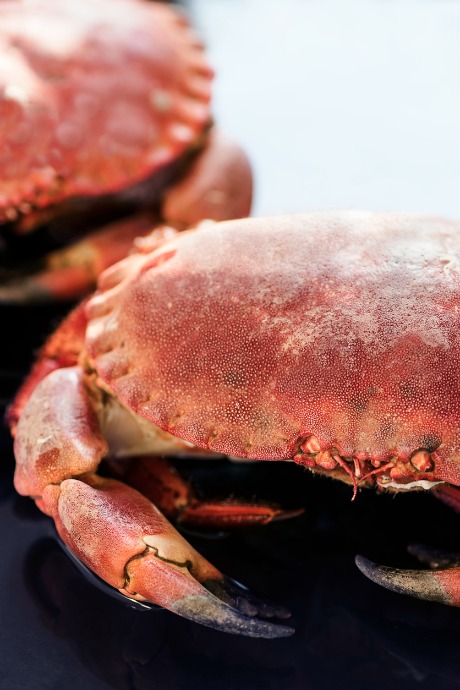 All Dungeness crabs are large, since only adult males are kept and sold. In fact, their average weight is around two pounds. Blue crabs can be up to six inches across, and those large crabs are dubbed Number Ones. You can also get Number Twos, but Food Republic cautions against going any further down the size scale.

Plan to cook crabs the same day you buy them. Put them in the refrigerator until you’re ready to cook them. Delishably recommends placing them in a pan of cold water, covered by a wet towel. Keeping crabs cold also makes them easier to handle. This is especially helpful with blue crabs, which are known for being more feisty than Dungeness crabs.

A crab boil is a classic dish for large gatherings in the south. Shrimp boils and crawfish boils are similarly well-loved. This recipe from Southern Living enticed us. It includes all the traditional seafood boil ingredients — potatoes, sausage, corn, and Old Bay seasoning — to go along with the crabs. Use a large stockpot, preferably with a 10-quart capacity or more.

The process starts with boiling a mixture of water, beer, and aromatics — onions, garlic, lemons, Old Bay and salt. Cook the potatoes, sausage, and corn in this mixture, and then remove them from the liquid. Boil the live crabs until they turn that characteristic orange color. Add the crabs to the potatoes, sausage, and corn, and serve — preferably outdoors, on a table with a disposable cover.

Steaming is another option for cooking crabs. Boiling in a well-seasoned and aromatic mixture imparts wonderful flavor to crabmeat, but steaming helps keep the flavor pure. 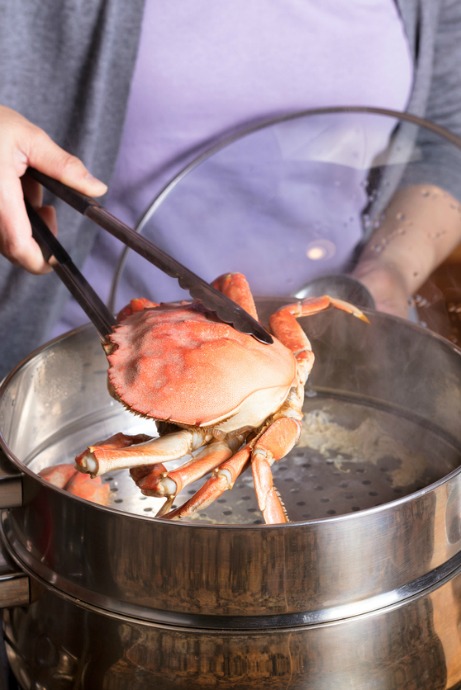 The easiest way to steam crabs is with a deep colander insert that fits inside a large stockpot. You can buy these in a set or separately. Be sure your insert fits your stockpot, so the boiling liquid doesn’t reach the crabs. Keep the liquid level low too; you need enough to create steam, but not so much that you end up boiling the crabs.

You can use water to steam crabs, but according to Food Republic, the Maryland way is to mix equal parts beer and vinegar. It doesn’t have to be high-quality beer, and plain white vinegar will do. Pile the crabs into the insert in layers, and generously season each layer with Old Bay. Cover the pot and let the steam do the work until the crabs turn orange. You can eat the cooked crabmeat as-is, or use it to make crab cakes or as an ingredient in crab mac and cheese. (The crab claw garnish is optional.)