In our last post, we covered a dozen different hard cheeses, along with the basics of cheesemaking and how all the elements of cheese come together. In this post, we’ll explore the history of cheese, which is longer and more storied than you might expect. We’ll also cover the role of microbes in how cheese looks and tastes. Finally, we’ll discuss the details of a baker’s dozen of soft cheeses.

The History of Cheese

Cheese is truly an ancient food. Evidence of cheesemaking goes back as far as 8000 BCE, and it’s possible that future archaeological finds will show that cheesemaking is even older than that. While there are written records of cheesemaking from Mesopotamia, Egypt, and Anatolia, the latest news is that Neolithic cheese strainers were found in northern Europe. How do we know that’s what these ceramic relics were used for? They contain holes to allow the whey to drain from the curds, and there are still traces of dairy fat on the surface.

It was during the Roman Empire that cheesemaking flourished. People made cheese at home, and they aged it and smoked it too, for a longer shelf-life. Armies relied on cheese for sustenance. Monasteries were also known for making varieties of cheese. Cheese made its way across the Atlantic Ocean on the Mayflower, and European immigrants continued to bring cheese to settlements in the US throughout the 18th and 19th centuries. Cheese now takes up over one-third of the milk produced in the US each year, with a yield of over 12 billion pounds. While Wisconsin is still the largest cheese producer of all the states, California is close behind, followed by Idaho, New York, and New Mexico.

This video from TED-Ed explores the history of cheese. We know it’s geared toward kids, but we think you’ll like it anyway.

It may seem odd to purposely introduce bacteria, mold, or yeast into food, or even to allow its presence. But microbes are essential to many foods, from drinks like beer and wine and kombucha, to yogurt, sourdough, and kimchi. The flavor and texture of cheese is directly influenced by microbes, whether they are present in the milk, introduced by the cheesemaker, or absorbed from the environment.

Let’s start with the milk itself. As you may recall from the video in the last post, the quality of the milk matters significantly when making cheese. Not only do the proportions of protein and fat matter, but the microbes present in the milk will affect the cheese made from it. These can change depending on the cows’ living environment, how the milk is collected, and where it is stored. 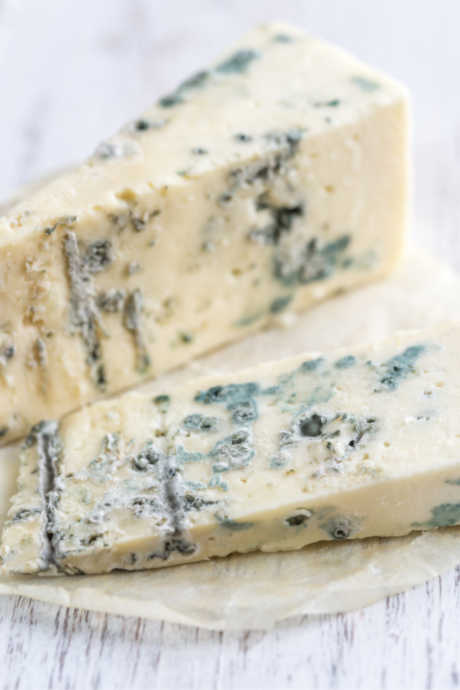 Another potential addition to the milk is mold. It’s actually not injected into the cheese, though it may look that way. Instead, spores are added to the milk earlier in the cheesemaking process. The white mold on the rind of Brie and Camembert is Penicillum camemberti. The blue mold running through wedges of blue cheeses like Roquefort and Gorgonzola is Penicillum roqueforti and Penicillum glaucum. When blue cheeses are pierced with needles, this is done to allow oxygen to penetrate the cheese and encourage mold growth. In fact, oxygen is important for the flavor of blue cheeses. An anaerobic environment will kill the mold and negatively affect the flavor of the cheese.

Finally, cheese may absorb microbes from its environment, which creates what’s called the “terroir.” Cheese may taste of the material it’s wrapped in, such as pine bark, or the place where it’s stored. Earthy cheeses taste that way because of the compounds they’ve absorbed while aging. Beets taste earthy because of a compound called geosmin; that same compound can alter the flavor of cheese.

Check out these 13 soft and semi-soft cheeses. We bet you'll recognize quite a few of them.

Brie: This soft, spreadable cheese is made from cow’s milk. Originally from France, Brie has a buttery flavor and a strong aroma. It’s a dessert cheese that tastes best served at room temperature.

Burrata: Burrata is part of the Mozzarella family and comes from Italy. While it may look like Mozzarella, it’s actually a mixture of Mozzarella and cream inside a thin shell. Burrata is made from water buffalo milk, and it’s served fresh with salads, fresh tomatoes and herbs, or bread. 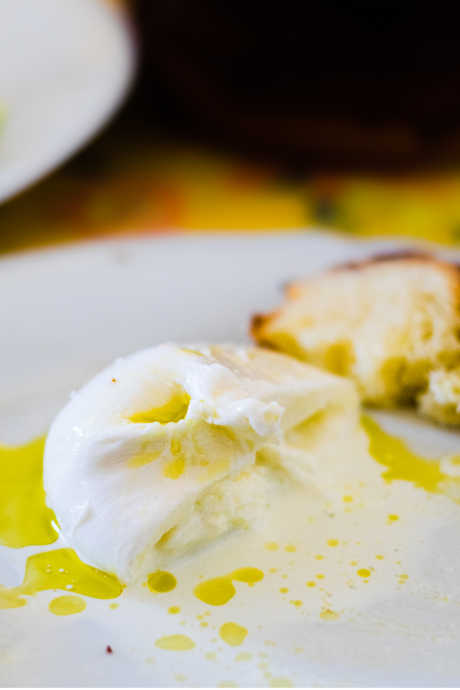 Camembert: This soft cheese made from cow’s milk is similar to Brie. It’s also from France, and it has the same white mold on its rind. As Camembert matures, the cheese grows softer and more buttery, with an earthy flavor. It’s meant to be paired with red wine.

Chevre: Chevre is French for cheese made from goat’s milk. A wide variety of Chevres are available, with different amounts of moisture and added flavors, and they are sold in a range of shapes. Chevre is a favorite for snacks or desserts.

Feta: Well-known as a Greek cheese, Feta is made from goat’s milk or sheep’s milk that is both creamy and crumbly. It is brined in blocks, which gives Feta its characteristic salty taste. Feta can be crumbled over salads or melted on pizzas.

Gorgonzola: This soft cheese made from cow’s milk hails from Italy. It’s a blue cheese with a crumbly texture. Serve it in salads, melted on sandwiches, or with red wines.

Halloumi: Halloumi is a Middle Eastern cheese originally from Cyprus. It can be made from cow’s milk, sheep’s milk, or goat’s milk. It has a firm, chewy texture, and can be grilled or fried. When cooked, the texture becomes creamy. Similar to Feta, Halloumi is often paired with watermelon.

Manchego: This sheep’s milk cheese is from the La Mancha region of Spain. It has a firm texture with an inedible waxed rind. Like other cheeses with a Protected Designation of Origin, only authentic Manchego can bear the name. 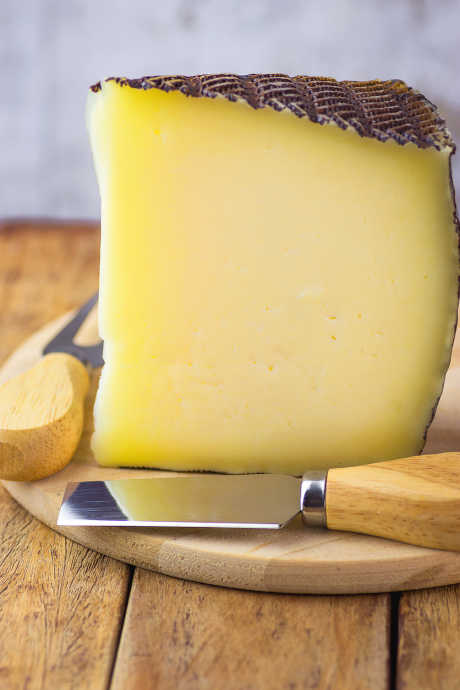 Mascarpone: Originally from Italy, Mascarpone is made from cow’s milk. It is a thickened, curdled cream that is often used in desserts such as Tiramisu and cheesecake. It can also be used in savory dishes to add richness without significantly altering flavor.

Mozzarella: Mozzarella is made from cow’s milk. It can also be made from water buffalo milk. It has a stringy texture and a mild, milky flavor. Mozzarella is best known as a pizza topping, though it can be melted over other dishes or served fresh with tomatoes and herbs.

Muenster: This aromatic soft cheese hails from the US, though it was inspired by the French version, Munster. Muenster has a mild flavor and melts easily, making it a good choice for hot sandwiches and macaroni and cheese. Serve it as a snack with beer.

Roquefort: A blue cheese of French origin, Roquefort is made from sheep’s milk. It has a creamy, crumbly texture and a tangy sharp flavor. Roquefort is used in salad dressings or crumbled over salad greens.

Stilton: Stilton is yet another blue cheese with a creamy, crumbly texture. It’s originally from England, and it’s made from cow’s milk. Stilton has a potent flavor, and it goes well with crackers and bread, and after-dinner wines like sherry and port.